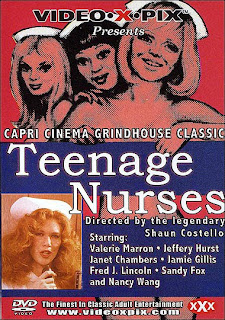 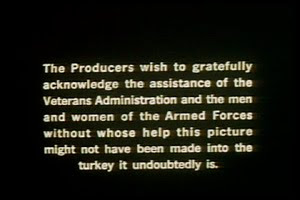 So between the bouts of up close and personal fucking we get jugglers, unicyclists, a snake charmer dressed in vinyl, a singing woman comedian, a lounge singer/ tap dancer and a ventriloquist comedian with a black dummy.  All of this book ended with a crack reporter in Groucho Marx glasses (played by Costello himself) giving us the rundown on the story, and screwing up his lines.  If you pay close attention you can spot HARRY REAMS, FRED LINCOLN and JAMIE GILLIS in blink and you miss them supporting roles. 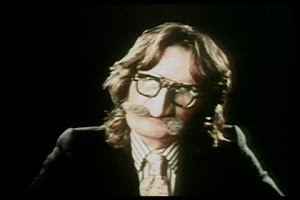 "Shaun Costello Himself as Groucho Marx"
Ultimately a through line plot finally emerges in the last reel about a soldier who has lost his leg in battle who feels he will not ever be whole again and one of the nurses tends to his sexual needs irregardless of his amputee status. Once again this character is played by Costello himself and the nurse is played by Laura Cannon who was in Shaun Costello’s classic FORCED ENTRY.  This last act sex scene is what makes the whole movie worthwhile as it actually manages to be quite touching, tender even amidst all the insane and moral chaos around it. While the movie at large is clearly a farce, designed to at once frustrate, or even thumb its nose at the audience to a degree (or maybe it is just a product drugs of the time period) this final scenes becomes even more effective because of it. Of course once the poor soldier is released and hit by a car it sort of negates the beauty of the scene preceding it... 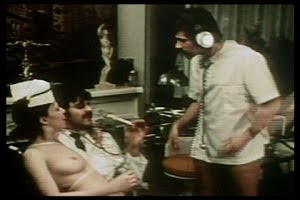 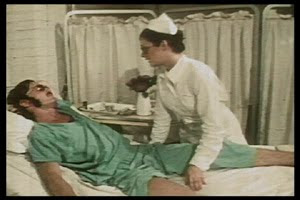 TEENAGE NURSES (which was originally called AN AMERICAN IN BETHESDA) is a bizarre curiosity item well worth checking out. The Video X Pix dvd looks about what you would expect for this kind of fly by night grab a stray print and dump it to dvd deal. Maybe one day a more impressive dvd will surface.