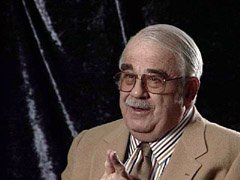 I haven’t done one of these eulogies in a while on this blog. There have been plenty of important people pass away, people I should have written about, but I didn’t feel qualified to write anything. Tura Satana passes recently but I couldn’t really put anything to say together to could do her legacy justice. I had the chance to meet the lady once, but actually didn’t get the nerve to do it. Which is probably for the best, I wouldn’t have known what to say anyway.

But today I woke up to find out that legendary exploitation kingpin David Friedman had passed away at the age of 87. This man’s impact on the film world, cannot be underestimated or undersold in anyway. I did however get the chance to meet Mr. Friedman on a couple of different occasions and he was as bold and jolly as he appeared in every piece of film you have ever seen him in.

Dave Friedman got his start working doing marketing for Paramount pictures in the 30’s. A job that taught him the importance of the salesmanship when working with movies. But he was not entirely happy working in the studio system so he teamed up with his friend from the Army and began to work in the Roadshow industry, along with Krogar Babb and Dan Sonney. Here he learned the all important art of the Ballyhoo. The putting on a show, dog and pony act of pulling up a tent and selling a picture to the people. He perfected this to a “T” and opened his own company in the fifties and began to produce “nudie cuties” often pushing the edges of obscenity laws all around the country. Before long he had created new genre’s of film with “Roughies” and along side H.G. Lewis the “gore” movies.

My first interaction with Dave Friedman came at the 1995 Chiller Theater Convention in New Jersey. It was the first convention I had ever went to and it was back in the day before every Tom, Dick and Harry with a warehouse threw conventions. It was a special treat to be in a room with so many of your heroes and fans all together in one space. It was a BIG DEAL still at that point. Dave was at the Something Weird booth selling his tapes and signing autographs. He was gregarious and open and took time to chat with everyone. He talked me into buying a tape of just his trailers by doing imitations of his sales pitches from his trailers. It didn’t take much as those pitches are legendary and seeing the man doing them right in front of me was truly a sight to behold. He signed my tape for free too. I DARE you to find a celebrity now that will do that. It is unheard of in the convention circuit now. Seemed to me he was just loving meeting people.

Later he was on a panel talking about classic exploitation and spent a lot of time talking about his work with H.G. Lewis. Finally I asked him why his name wasn’t on ILSA SHE WOLF OF THE SS. Something that at that point wasn’t a well known fact. I’m pretty sure that Chiller Theater was one of the first time he publicly talked about not having his name on the film.

Flash forward many years later to Cinema Wasteland 2009 and Dave is a guest there as well. He is much older, but you would never tell by his mind, as he is still on the ball with the stories and fan interaction. By some stroke of luck, well having good friends actually, I had ended up on the Grindhouse discussion panels several years in a row, and this year was no exception. So I ended up on the panel with Dave Friedman. As per usual I didn’t get to say a whole lot, but it was an honor to sit with such a luminary that day.

If you need to be reminded just how much of an impact Dave Friedman had on the film world I cannot recommend enough the films MAU MAU SEX SEX, SCHLOCK THE SECRET HISTORY OF AMERICAN MOVIES and SEX AND BUTTERED POPCORN all three of those will open your eyes to the real world of American roadshow, exploitation cinema and what an incredible character he was. And for god’s sake read his book YOUTH IN BABYLON about his years growing up in the carnival and Roadshow business. Truly an amazing read as well.

We are losing the greats too fast these days. Friedman was one of the last of the original wildmen.
© Andy Copp
Posted by Andy C at 6:38 PM No comments: