Welcome to Snowtown, next door to hell... 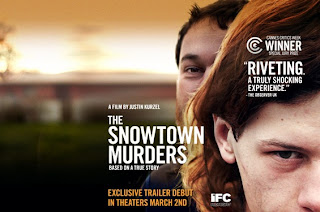 This indie drama based on the true multiple murder case in Australia that came to be known as the “Bodies in the Barrels Murders” A case where one charismatic killer led several other blue collar people to kill with him. 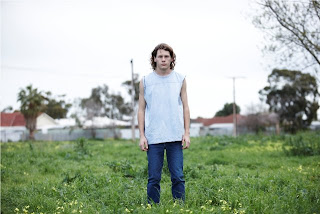 The film is very careful to establish mood and character long before getting to any violence. The movie more or less follows teenager Jamie (Lucas Pittaway) as he makes his way through the very disturbing stress of his day to day life. The neighborhood he lives in is a complete shithole (Shades of GUMMO abound) and his mother is doing everything she can to raise four boys, of which he is the middle kid. Within the first five minutes of the movie she has unwisely left the three youngest boys home along with her then boyfriend from across the street. He proceeds to sexually abuse all three of them (the youngest kid seems to be mentally handicapped or has some sort of autism), taking nude pictures of them (the rest of the abuse left up to our imagination thank god). Mom finds out when the local transgendered Queen Davey has heard the rumors. Naturally the police do nothing about the abuse. 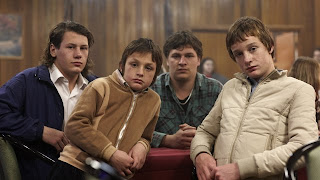 Into their lives comes John Bunting (Danial Henshaw in a frightening performance) who is wooing the now single mom. He is charming, he is a good cook, and he is good with the kids. He takes a particular liking to Jamie, taking him under his wing and teaching him to stand up for himself. At first it seems like John is justifiably upset about the pedophile living across the street and takes it upon himself and Jamie to run the man out of town. But soon it is obvious that John has a much more pathological lust for violence. His raging homophobia being one element of it, he sees no difference between a pedophile and any other local gay man, and has several rants to prove it. But when Davey vanishes, leaving a voicemail claiming to have run away, everything seems to suspicious. But by this point John has ingratiated himself into the family, and has Jamie under his wing. It is only a matter of time before much more violence rears its ugly head. 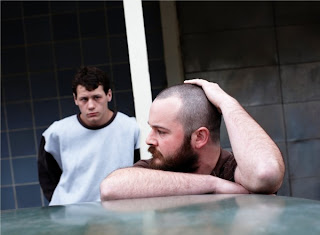 Originally just titled SNOWTOWN (after the small town where the actual bodies in the barrels where found) this film is a pressure cooker mood piece, that wraps you up in the complex and unsavory characters and before you know it, you can’t get away.  It is a film where violence happens suddenly, but lingers like burnt flesh. This movie is all about characters that just exude pain and frustration, and it is that overbearing sense of ugliness that makes the movie both so powerful and so hard to watch.The movie leaves a stain on your mood that will be hard to shake for a long time afterward.