Those filthy people in Serbia!!! 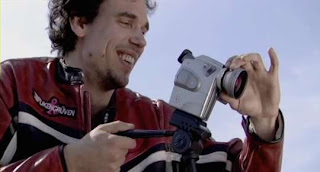 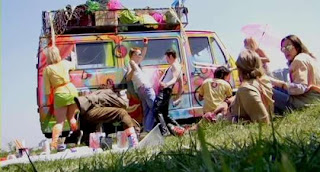 PORNO GANG takes a long hard look at how things like lack of opportunity, war, and poverty can mold one’s vision of life. The particular detail that makes the movie work is that the people they are killing are willing to go. Making the gang executioners, Dr. Kevorkians in outrageous outfits. The film is careful to outline these scenes to make both the “victims” and the “killers” sympathetic. For example there is a scene where a Soldier is brought out for them to kill and he confesses his horrific war crimes on camera. The horrors of war are what specially drove this man to end up here. But interestingly enough after they kill him they end up on a slippery slope themselves ultimately succumbing to the same depressive evil. The movie makes a strong connection between being a Soldier who carries out war crimes to the band of outcasts carrying out snuff murders. Both degrade your humanity and shatter your soul. 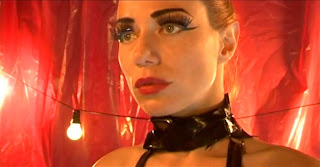 There is another interesting scene where they are asked to kill an old farmer. When they arrive he tells his story so we find out his grand daughter has radiation poisoning, as does his livestock from the  bombings. He wants to die on camera to get enough money to save his family. Once again war and politics have driven the characters to the ultimate degradation. 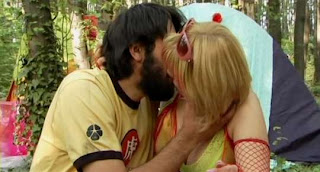 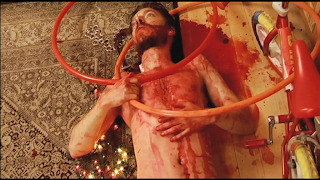 MADE IN SERBIA is overlong at 101 minutes but it is still pretty fascinating stuff. Getting to look at how smut is looked at and made in such a remote place is interesting, though at the end of the day everyone’s reasons for doing it all end up being the same.

The DVD version does NOT have MADE IN SERBIA on it as an extra.